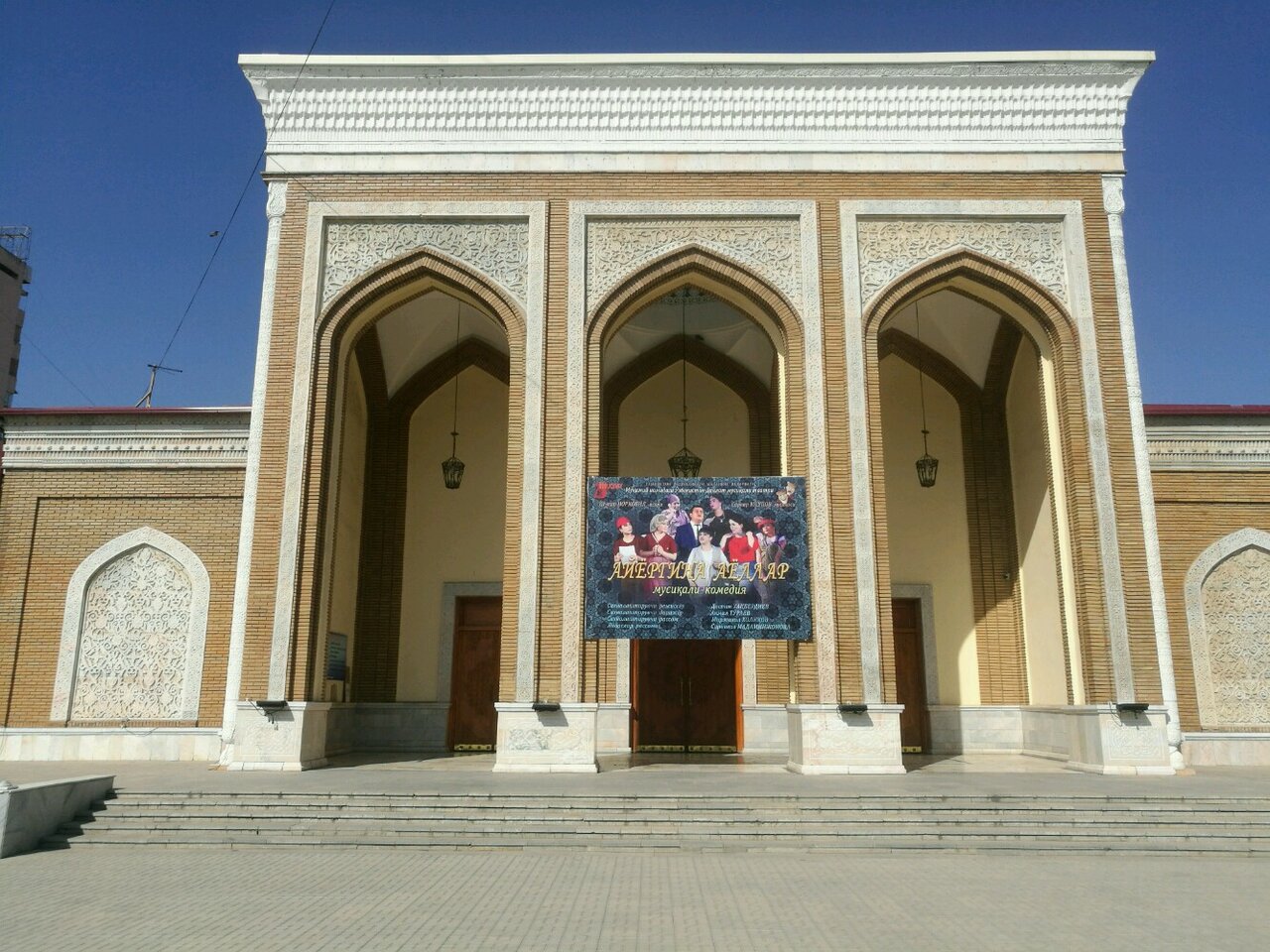 The state musical theatre of Uzbekistan named after Muqimiy

In 1919, in accordance with the decree of the Council of People's Commissars of Turkestan, the Karl Marx Theater troupe was organized, which was located in the Colosseum (former Philharmonic Hall), where dramatic performances, as well as musical dramas and comedies were staged. In the 20s of the last century, three state musical theaters functioned in the city of Tashkent . The Uzbek State Musical Theater was founded on July 14, 1939 under the name of the Republican Uzbek Theater of Musical Comedy. Talented actors of the Karl Marx troupe, three musical and drama theaters of Tashkent and regional theaters were attracted to this theater.

Directed by the Karl Marx M. troupe, the first performance of the theater was Hamza's musical comedy "the Case of Maysara", staged by Mukhammedov. The role of Maysara was performed by the actress of the Uzbek State Academic Drama Theater named after Hamza, People's Artist of Uzbekistan Maria Kuznetsova. All the actors invited to the performance from the Karl Marx troupe were hired at the new theater.